Ava Zinn is one of the two main protagonists of Caprice & Ella, alongside her cat, Caprice. Ava loves to hang out in the living room talking to Caprice and Ella.

Aeverine Frathleen “Ava” Nieves (née Zinn), better known as Ava Zinn, was born a boy on January 4, 1983, in LaGrange, Illinois, later growing up in Mill Township/Gas City, Van Buren and Marion, Indiana with her mother Margaret and her brother Albert; and graduating from Mississinewa High School to pursue her dream of becoming a Special Education teacher. However, after being dis-enrolled from Indiana Wesleyan University in September 2001, everything changed. On December 1, 2004, she transitioned to female. Ava moved from Marion to Fort Wayne on May 14, 2018, after 22 years in Marion and 35 years in Grant County, Indiana.
Ava was the owner of her channel and has been seen and heard in every episode she has made over the years. She has lots of other YouTube channels aside from Caprice & Ella, with the most popular being Vote for the Girls, Queen of the Willis, INNewsCenter, Vape Back!, Retail Nightmares. 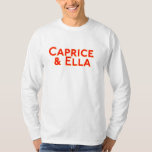 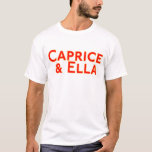 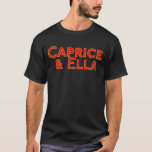 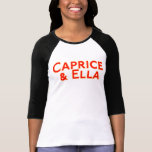 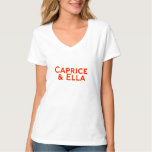 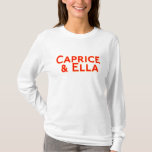